I had such a great Thanksgiving break, here is the summary of it: 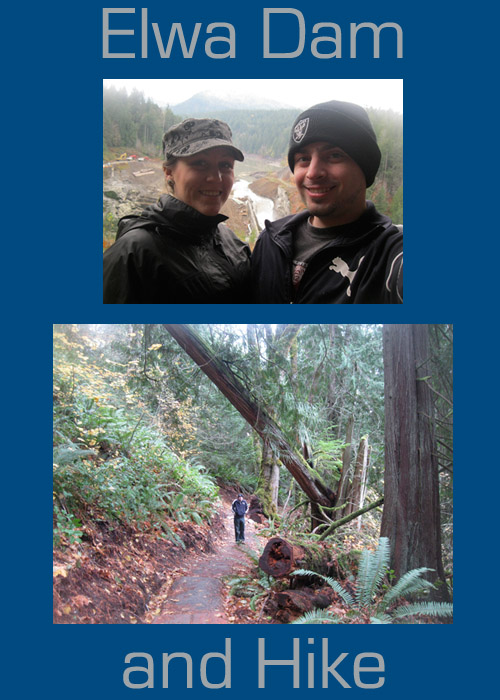 The first day of our break, we went on a short hike to go see the Elwah dam, which has been recently deconstructed.  During one of my classes this semester, a student did a report on the project, and it is so fun to see the results of it in action.

Later on the first day we went to Salt Creek which beautifully meets with the Pacific Ocean.  The mouth is very close to a random island on the coast.  Very fun place to explore! 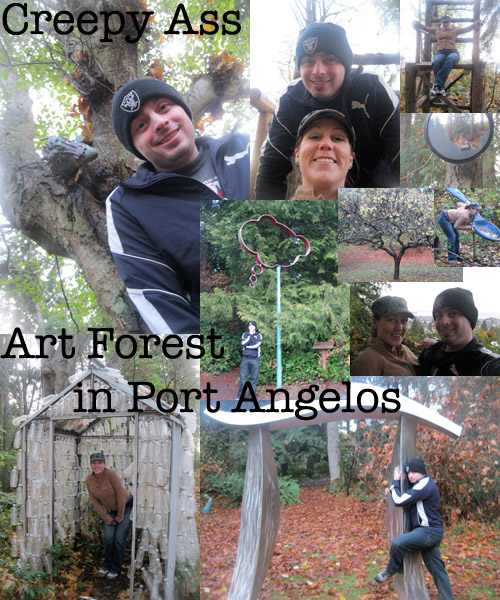 After that, we ventured off to a local community college where they had decorated a local forest with artistic projects.  Very creative area and fun to wonder around in! (Free too!) 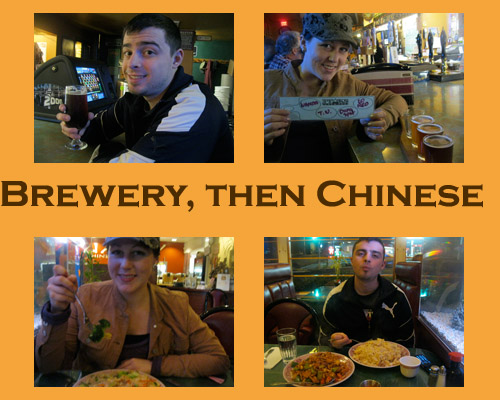 We then went to a brewery in Port Angelos called Peaks Brew Pub.  It was literally a hole-in-the-wall pub, but had the best beer Kevin and I have ever had.  The best beer on tap by far was their Ed's Big Ass Red.  My favorites were between the Ed's Red and the Wanda Fucca Pale Ale. The owner of the brewery even came over to talk about the beers to us.  Being so young, Kevin and I rarely get any recognition at restaurants or bars by any point of authority, so this was really special for us.  We obviously wished him the best of luck at any brewing competition for his Ed's Red.  After the brew pub we grabbed some much needed fulfilling Chinese food. 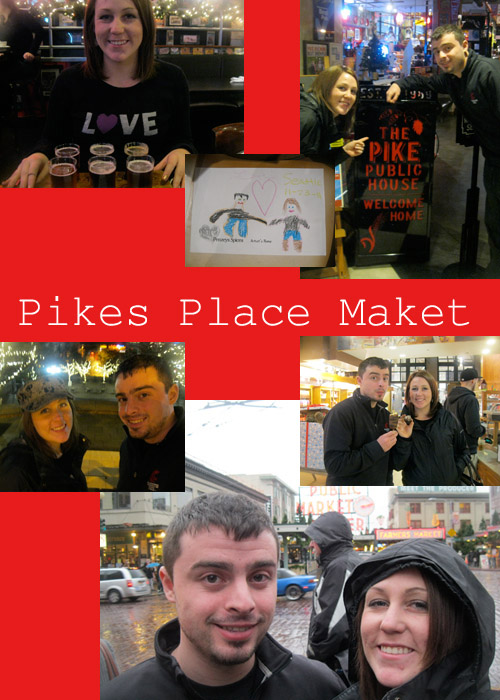 The day before Thanksgiving, Kevin and I took the Ferry from Bainbridge Island to Seattle, WA to meet up with my older brother and sister-in-law.  We met up at Pike's Brewery and Pub.  Their beers were pretty good, and their food was great!  After that, we went to a candy shop to get a chocolate covered twinkie and amaretto truffle.  Yum! 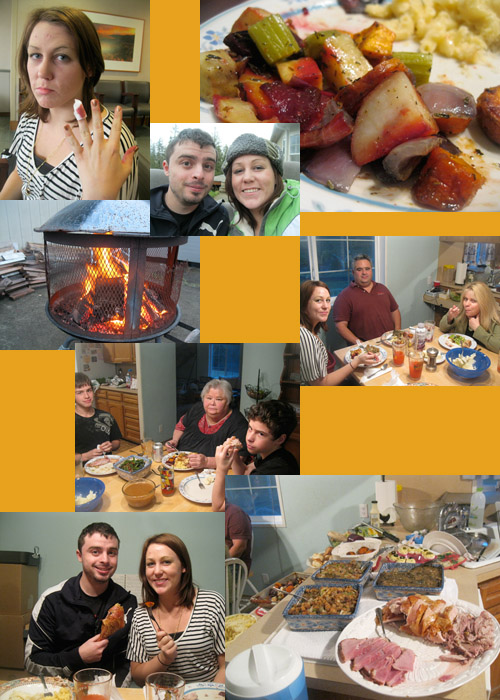 The next day was Thanksgiving!  I was so looking forward helping Kevin's dad with all the Thanksgiving meal preparations, but, of course, something always has to go not according to plan.  I was helping cut vegetables for a roasted root vegetable dish, when I cut into my left ring finger.... yep my left ring finger.  I cut into half of the side closest to my thumb, and halfway through the width of my nail.  So, Kevin had to take me the the emergency room to get two stitches on my left ring finger... yep my left ring finger.  He kept me company the whole drive as I hysterically and jokingly yelled, "well you can't ask me to marry you now!"  After a few hours in the emergency room, and a very pale and nauseous Amy later, my finger had two stitches and we were on our way back to Kevin's place for Thanksgiving.  The meal was lovely, without my 'bloody' help, and it was so nice to visit with Kevin's Grandma Terry (who loves Sex and The City just as much as I do). 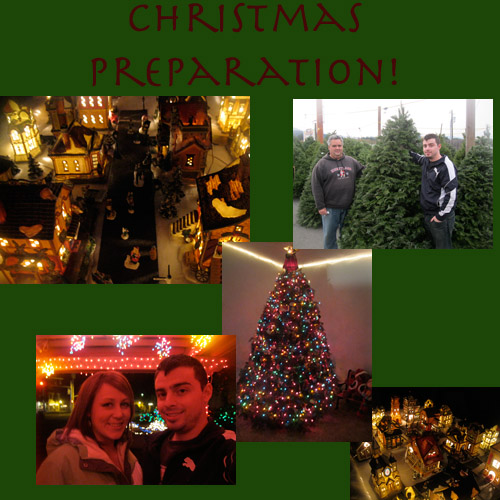 During the break we made several preparations for Christmas which included picking out a Christmas tree and decorating it, and setting up the Torres' extensive Christmas village.  Overall, I had a wonderful time with the Torres family and felt very at home and welcome.  What a wonderful Thanksgiving break!

What was the best part of your Thanksgiving break?  Did you get much preparation done for Christmas?