Hope everyone had a great weekend!  I enjoyed a trip to Spokane while my brother and sister-in-law were in town.  My mom hosted a Miche Bag party for some friends because my sister-in-law Katie sells them.  I, of course, talked myself into a new bag with two awesome shells.  I got a neutral one, and a bright green one.  I seem to be drawn to this kelly green color this season.  Can't wait to get them in the mail!  Katie and Andy also took me out for a graduation dinner to the Melting Pot, which is a fondue restaurant. I was surprised with their vegetarian options, and had a great time enjoying my first real fondue experience!
Now on to the Heart Attack Grill...  This is a tourist-y type of restaurant that I saw when Kevin and I were in Vegas (at which point I had to drag Kevin in the other direction).  They advertise milkshakes made of butter fat, and their menu has burgers that are (rightfully so) called the single, double, triple, and quadruple bypass burgers.  Their customers are required to wear hospital gown "bibs" while the waitresses wear sexy nurse outfits, and the owner (in the video below) is dressed as a doctor.

You may have heard of this place in the news around February of this year when a man suffered a heart attack mid-meal, but it is yet again in the news... for guess what?  Another health issue.  Here is the video I came across: the link

(Start Rant, skip ahead to "End Rant" if you would like to avoid my frustrated anger)

Ok, so without going on too big of yelling rant... WHAT THE HELL IS WRONG WITH YOU PEOPLE?!  First of all, the owner, dressed in a doctor's uniform has no right to even own a stethoscope, and should more likely carry around pliers to clamp his customer's arteries shut!  His word for excuse of why people eat there, or rather, why he admires people who decide to eat at his "establishment" is that "These people understand that we may or may not be living in the final days, and they are going to enjoy every second of it."  Yeah, if people think it's ok to eat like this, then they just may be near the final days for themselves.

Second of all, the woman with her children there is borderline abusive!  Ok, that might be a little harsh, but seriously?  You think it's fine to not only to destroy your body, but to also do it to your developing children?  Usually children are going to make bad choices, food- or otherwise, so it is a mother's intrinsic responsibility to do what is best for your children, which would not be giving them this crap, even if it is a "treat."

I can't imagine that anyone feels well after they eat here.  I know that if I did, in some completely irrational moment, decide to eat anything from this restaurant, I would leave with the biggest feelings of guilt for doing such a thing to my body.  I think it is everyone's freedom of choice to eat what and where they wish, but for anyone who listens to their body and not their gluttonous desires, I can't imagine anyone's body would say "Go ahead!  I'm sure that will feel great!"

What are your opinions on this?

Now on to my recipe of the week!  As a member of Dr. Fuhrman's website, I get emails daily during the weekdays for new recipes to try.  I usually read through them, and save them for another time, but this one I knew I had to try!  I have it written as how I made it, which is a little different from the original. 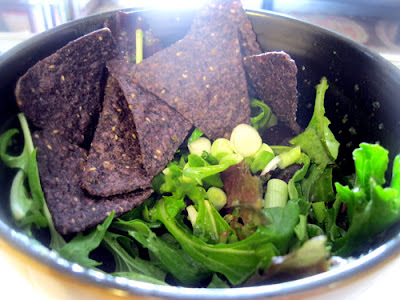 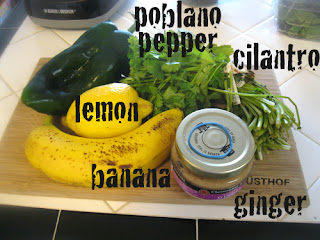 Amy's Notes:
I made the adjustments I did because I am not a huge fan of ginger in salad dressings, because I didn't have a jalapeno available, and because I was wanting to use up some coconut water I had on hand.  I would suggest to add only 1/8 cup of the liquid at first, then add the rest according to your preference of dressing thickness.  I used this on salads, as a spread in wraps and sandwiches, and as a dip for veggies, crackers, and chips.  I found this dressing to be sweet and spicy, which was exactly what I was craving!  I will definitely be making this one more often! 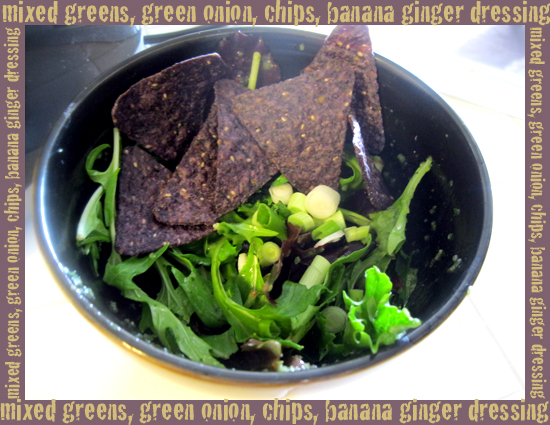 What is your favorite type of salad dressings?  Sweet?  Spicy?  Savory?  Salty?
Posted by Amy's Nutritarian Kitchen at 12:30 PM