Caffeine: From Friend to Foe

Hi Everyone!  I have a special treat for you today: a guest post from my mom!  For those of you who have been around the blog a while, you probably have seen a few of my mom's comments, or heard tales of her amazing Nutritarian cooking.  Unfortunately, she isn't dropping in to share a recipe.  It's even better... she is writing today about how she went from a chronic dieter with an IV of diet cola, to a happy Nutritarian, free of caffeine addiction.  Hope you enjoy! 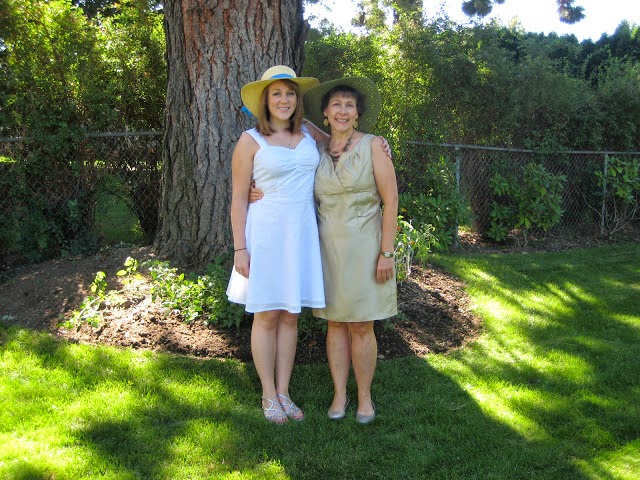 Greetings dear readers of Amy’s Blog!  First of all, I would like to thank each and every one of you for following along on my incredible daughter’s journey through the blogging world.  She is amazing, but I think you already know that.

Amy has asked me to tell my story about caffeine addiction and how I have now come to be caffeine-free.

My story starts with a can.  Yes, a can.  For you see, as a young person I thought coffee was the most revolting thing on the face of the earth.  Of course, in my mind, that was where caffeine came from, coffee – not a can where diet coke or pepsi lived.

During my young adult life, I was always dieting, or I was pregnant, that was about the gist of it.  Gosh, that makes it sound like I have a million children, but truthfully, there are only three.  My husband and I got married at 19, and I was a mother by 22, so between and after kids this dieting thing has really been my whole life.  I was never hugely overweight, but I was never where I wanted to be, so Weight Watchers became my place of belonging once a week for years and years.  Sometimes I wonder if I just went to meetings to have a break, as I was a stay at home mom.
During these years, because I was dieting, my best friend became that can of diet pepsi or coke.  I really wasn't a brand snob; it could be whatever was on sale that week at the grocery store.  I put away so many cans and bottles of diet, that I wish I would have bought stock in the companies, as I am sure I single-handedly raised profits by a large margin.
My best friend, Cindy, and I were equally addicted to this substance, so much so that when all the information came out about its link to cancer, we were so hooked that we would joke that we would just someday be side-by-side having chemo.  It is truly sad what a powerful addiction this caffeine is. While it is not necessarily the caffeine in the diet soda’s that is the cancer causing agent, it is the caffeine that is the addiction element.

As I got older, I learned of all the wonderful things we now had to add to coffee that made it an extremely luscious concoction.  Cream, sugar, flavorings, and chocolate!  It was not revolting as I had remember.  I thought it was wonderful!  I started having flavored coffees along with all of the diet colas I was drinking daily.  It is a wonder I managed to sleep at all!

Then, three years ago, I watched the movie Fat, Sick and Nearly Dead on a whim.  Something about it moved me.  I knew there was a reason I came upon it that day.  I showed it to my husband, who had been suffering with an autoimmune kidney disease for ten years prior to that.  He had been put on all sorts of drugs, naturopathic remedies, and even reflexology, but we never looked that closely into nutrition.  We decided he needed to try juicing.  I knew it would be impossible for him to do this alone, so we were off on this journey together.
For me, the first day of juicing went okay.... UNTIL the lack of caffeine made me so sick I thought the world had come to an end.  I had a migraine that beat all others I have had in the past (I was a frequent sufferer of migraines).  I felt so ill that I threw up, taking refuge in my bed for the rest of the day.  It was as if I had the flu.  In the end, I was very lucky it seems, as some people have more than a day of this horrible detoxing stage.  The next day I was shaky, but the other symptoms started to subside.

It was all my withdrawal from caffeine.  I had survived, and after realizing that it is crazy to be drinking something that would cause the body to react in this way when denied it, I gave it all up and never looked back.  At first, I missed the habit of it, but after a while, knowing that I was really taking care of my body for the first time, it has become a distant memory.  I don't want it at all.

After a few days of juicing, my husband and I started to follow Dr. Fuhrman’s eating plan and it wasn't long before my husband’s kidney disease was also a distant memory.  Ten years of his existing on many kinds of horrible medicines was gone just by putting wonderful nutritious whole plant foods into our bodies.
During these last three years, we learn and grow every day regarding this way of eating.  No more dieting for me; our time is now spent enjoying the health that eating whole foods gives us.  Caffeine, which used to be my best friend, is now the foe, and I celebrate the fact that I did it!  I got off a socially-acceptable addictive drug that held tight to me most of my adult life.  Was it easy?  No!  Was it worth it?  YES!

To anyone wishing to get this addiction out of their life, I wish you luck and love.

Posted by Amy's Nutritarian Kitchen at 8:00 AM