I hope everyone had a great weekend!

On Friday, I went to a small yarn store about 20 minutes from where we live and sat in on open knitting time.  I got to meet some fun (mostly older) ladies, who, to my delight, told me I was one of the fastest "throwing" knitters they had seen.  This was news to me, and I had no idea what it meant to be a "throwing" knitter.  Apparently it is when you hold the leading yarn in your right (dominant) hand and throw the yarn around and in front of the needle as you knit.  This is different from how most of them were doing it, by holding the leading yarn in their left hand and using the right needle to go through and grab stitches.  Essentially, I move the yarn and keep my needles stationary, while they keep the yarn stationary and move the needle.

Anyways, it was a fun little adventure, and gave me a chance to eyeball some yarn for another project another day.  Check out these beauties: 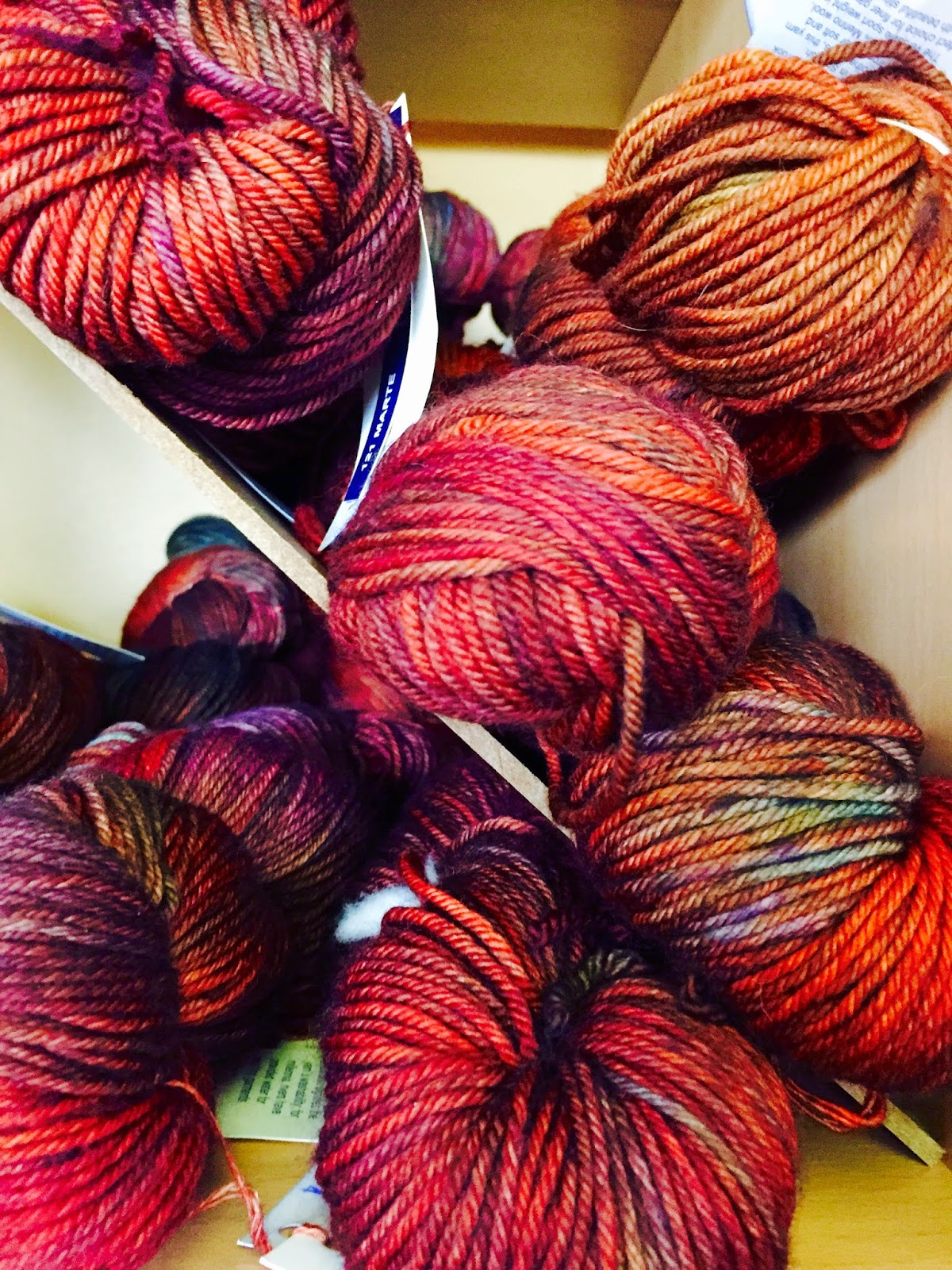 On Saturday, Kevin and I kept to ourselves and our crafts.  While I knitted and cooked, Kevin stayed at his desk writing a book he had been working on as a Christmas present to his family.  Later in the evening, we made our way to Tacoma, 30 minutes away, for a Hell's Belle's concert.  They are a high energy, super fun ACDC tribute band.  We have seen them two times before this and they are always a good time.  For only $12 a ticket, WAY better than a movie!

On Sunday, we made our way down to the Puyallup train station to take the commuter train up to Seattle to go to the Seahawks Raiders game.  Being from Washington, we are both, of course, Seahawks fans.  But, my husband spent part of his childhood in California, so he is still a Raiders fan at heart.  He was happy to get to see both teams, but was internally conflicted with who to cheer for. 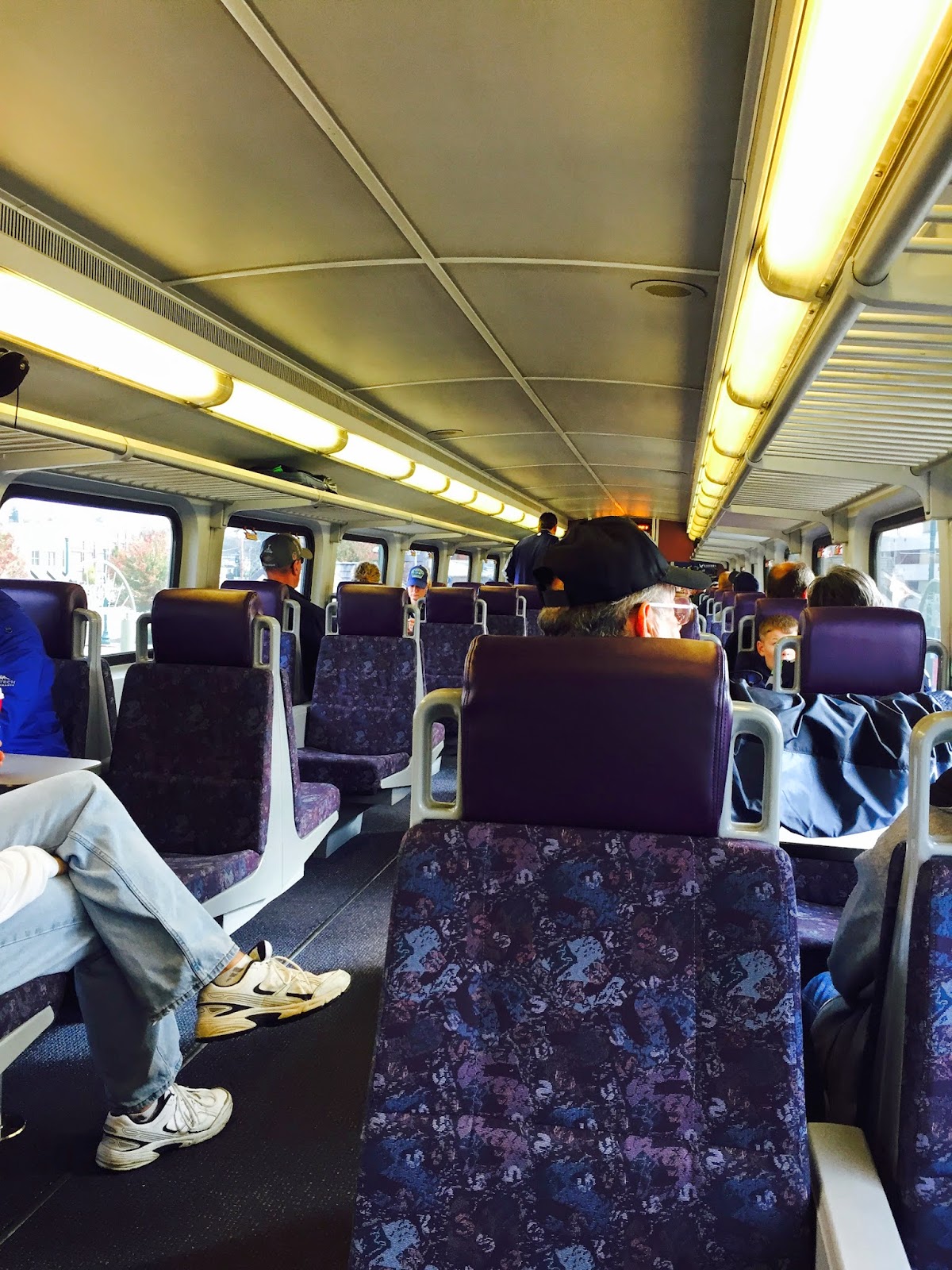 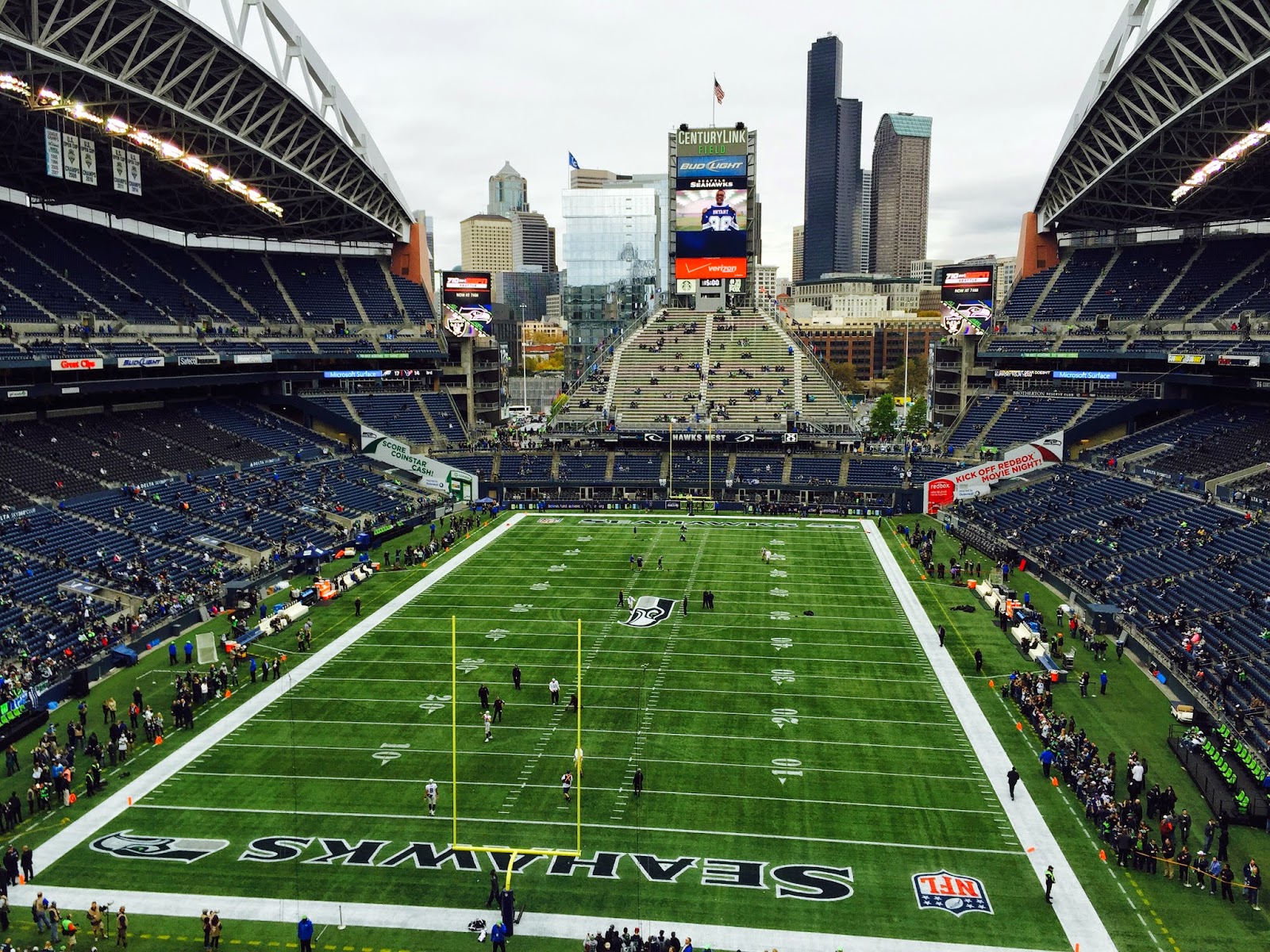 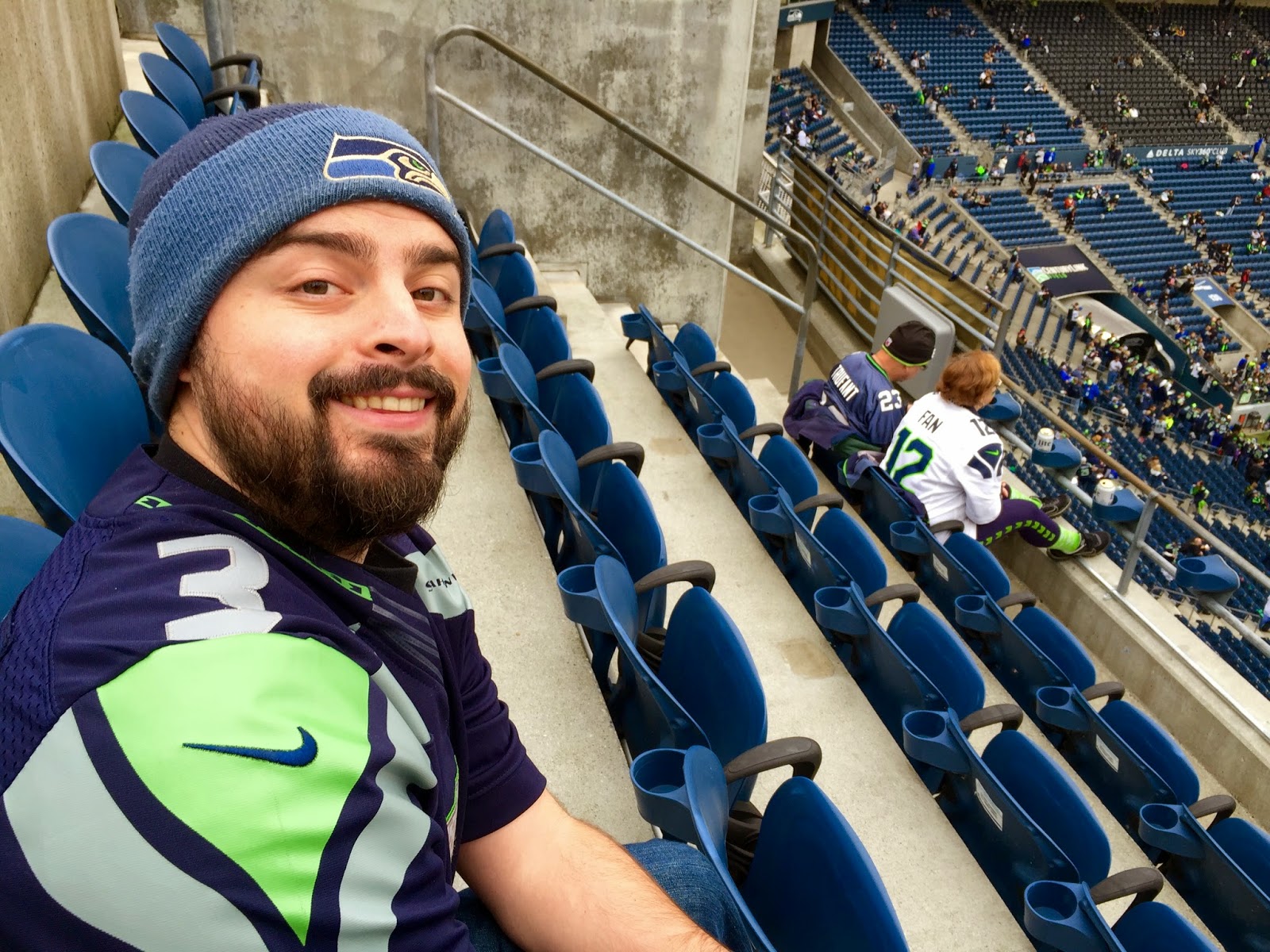 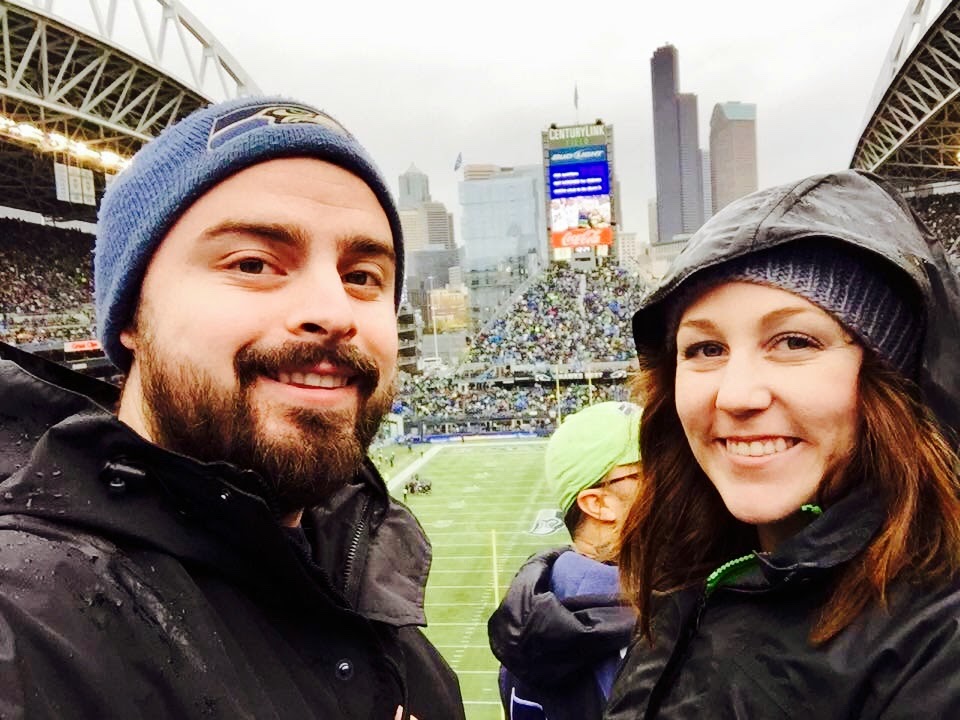 The atmosphere of the stadium was just electric!  Although it rained the whole time (it's Seattle, what did we expect) and the Seahawks stayed steadily in the lead, every seat was packed until the very end.  After the day was done, it was a really fun time and worth the money for the tickets that a family friend sold to us for face value, rather than paying a couple hundred dollars per ticket in the nosebleeds.

I stayed energized for the weekend by enjoying a new salad I'll be posting later this week.  Stay tuned!

How was your weekend?

Email ThisBlogThis!Share to TwitterShare to FacebookShare to Pinterest
Labels: Travel